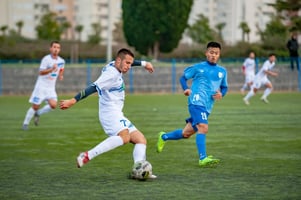 A breakthrough online platform: Coach more, teach more, live more! SquadLocker's suite of tools empowers their users to provide every member of their community with all of their custom apparel needs—with half the effort, resulting in infinite satisfaction for the community.

SquadLocker needed a way to keep their sales team updated with their accounts and revenue activity. They also needed to associate their new Sales Line custom object with their current account object.

After investigating other solutions, SquadLocker’s Rev/Ops Director Nellie Tillinghast chose Passage Technology’s 100% Salesforce® native apps Lookup Helper and Rollup Helper. Nellie said, “I investigated other solutions but all I came up with was complex custom development. Rollup Helper was the only solution I found to be ‘plug and play’ and that I could download/setup on my own without further engineering resources.”

SquadLocker was updating their account records with revenue metrics from their Financial/ERP system (MS Dynamics GP), so they could keep their sales team up-to-date with their accounts and revenue activity. “Since standard Salesforce didn’t allow for more complex formulas, Rollup Helper was critical to accomplishing the transparency we wanted to offer our SFDC users without the complexity of the financial systems,” said Nellie.

Rollup Helper transforms SquadLocker’s data into actionable information, and the data stays safe and secure in their org.

SquadLocker also had a custom new object (Sales Line), which they had challenges with associating quickly and efficiently with their current account object. Since Lookup Helper works with standard and custom objects, it allowed SquadLocker to display related records in Salesforce. Nellie said, “Lookup Helper facilitates the ‘relationship’ build so that records show up easily and without human intervention.”

Rollup Helper and Lookup Helper have simplified her work and saved time. Now that SquadLocker’s sales team no longer needs to request reports, they are informed and able to prioritize their workload more efficiently—with data at their fingertips and on-demand.

Nellie explains, “Thanks to scheduling offered on both solutions, our records are updated daily and overnight so that there’s no human manipulation, while allowing for accurate information.”