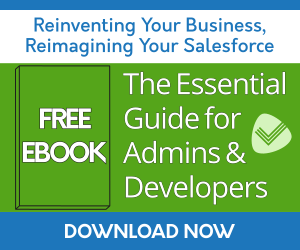 Problem: Because of Salesforce limitations with the standard relationship between Task and Lead, this use case gets a bit complicated, but with the use of our tool Lookup Helper along with Rollup Helper, it's possible to accomplish this!

To explain this limitation further, this use case requires you to compare the owner of Task, to the owner of the Lead, on the Task Object.

In order to do this, you have to refer to the related Lead record to obtain the owner, and compare it to the owner on the Task in a checkbox formula field. This would be done through a Cross-Object reference; the default relationship here is WhoId. WhoId is a special relationship field that is polymorphic, meaning it can point to different Objects. Because of this, Salesforce does not allow Cross-Object references.

Solution: In order to get past this limitation, you can use our tool Lookup Helper to create a new relationship between Task and Lead, which can support a Cross-Object reference.

First, you will want to install our app Lookup Helper from the AppExchange, which allows for two settings in the free version. For this use case you will only need to use one.

If you have any questions on how to implement this please feel free to reach out to support@passagetech.com for further assistance!
Tags: COUNT, Lead, Lead Management, Rollup Helper, Task
Easily Monitor Inventory in Salesforce With an Inventory Level Object
e-Commerce: View Products by Category in Salesforce
Adding a Recently Modified Lookup Helper Setting to the Top of Your List
Create Parent Record on Field Match
Use Lookup Helper to Get Around Reporting Bucket Limits
Display Related List of Grandchild Records on the Parent Record
Link Child Accounts to Ultimate Parent Account in Salesforce
Set Queue Custom Object on Any Standard Object
Assign Lead to Account Owner and Send New Lead Notification
Top Use Case: View Account Information on a Lead